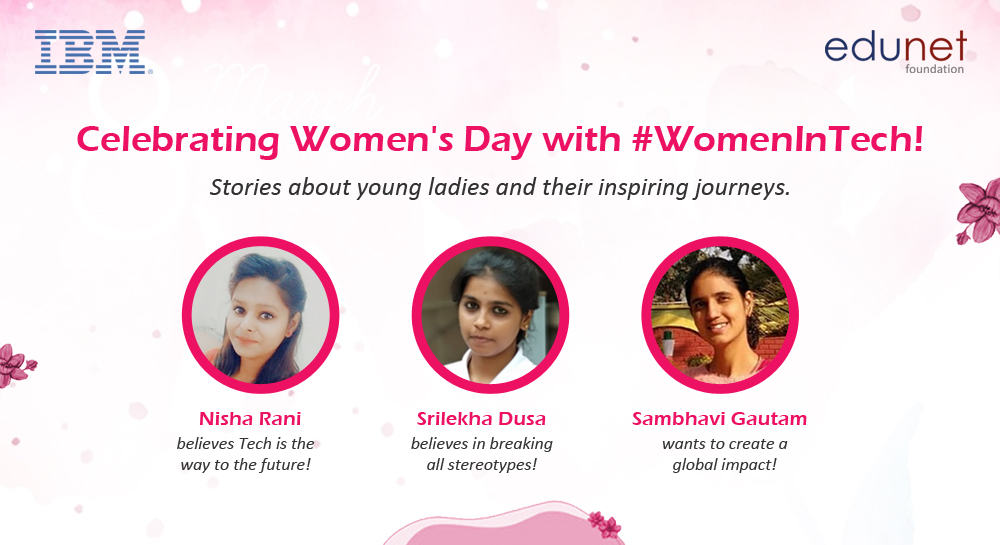 She thinks not only of what a career in tech can do for her, but what skills she can use to make an impact on her community, country, and world. Once she finds what her passion is, a woman in tech thinks about what she can do to make it better for others.

Let us share with you some of the stories that need to be spoken and taken pride of! Stories about young ladies and their inspiring journeys! 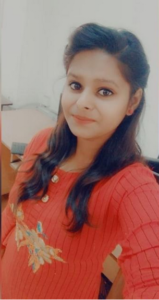 Nisha Rani was raised by a single mother, who, after her schooling enrolled herself for an IT Networking and Cloud Computing Diploma course at NSTI Panipat. During her stint in this program, steered by both the DGT and IBM, she was introduced to a wide range of technologies through in-class training and e-learning platforms like IBM Skillsbuild. Extensively helped her to gain in-depth knowledge of a lot of technical skills such as- PHP, HTML, CSS, Bootstrap, to name a few. The program also allowed her to hone her interpersonal skills through courses such as effective speaking and writing, how to give interviews, and how to write an effective resume.
Her strong portfolio in the field of technology, which she built during her stint at the NSTI, enabled her to design a website for her mother’s saloon, thereby taking the first step to help her expand her business. She feels that the Diploma course has fortified her for a career in web-designing and hopes to motivate her friends to explore this field as well. She credits IBM Skillsbuild for the wide range of tech courses that have helped her explore the world of tech by exposing her to WordPress, jQuery, and JavaScript. Today, she is a young confident woman for whom, tech is the way to the future. 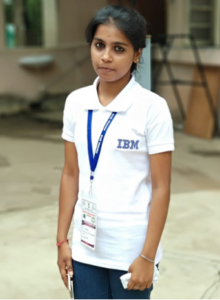 Srilekha Dusa believes in breaking all stereotypes and has gone beyond her comfort zone to emerge as a woman of strength. She credits the Advanced Diploma program for paving a way for her in the field of technology.
As soon as she cleared class 12 her father motivated her to enroll in the course on IT networking and cloud computing that was steered by DGT and IBM. According to her, it has been one of the best experiences in her life so far. She emphasizes that her tech foundations were set strong because of the IBM SkillsBuild platform, which enabled her to explore courses like Python, PHP, AI, etc. During her journey with the NSTI, she developed a computer-based test project using HTML, CSS, and PHP, to ensure that the center is regularly able to conduct mock tests seamlessly. As part of the program, she was allowed to intern at a prominent company for 6 months.
She was the sole female candidate in her batch, she was given equal opportunities like any other to dream big and conquer her dreams. She is currently a part of Jeevitam’s tech development team and hopes to start her own company, which would specialize in the area of artificial intelligence and cloud computing, someday. 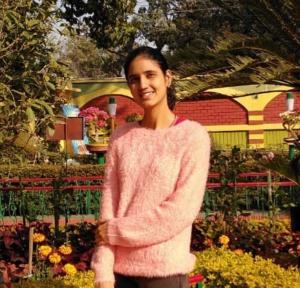 The field of science and technology had always generated curiosity in Sambhavi Gautam from a very young age, who hails from Haridwar, Uttarakhand. While pursuing Electronics and Telecom Engineering at Cummins College of Engineering for Women-Pune she developed a keen interest in data sciences. Her enthusiasm in the field increased when she was allowed to participate in an IBM SkillsBuild Data camp. As a part of the camp, she was introduced to IBM SkillsBuild, an eLearning platform with a plethora of tech-based courses, was mentored by experienced professionals for courses such as data science and machine learning. Furthermore, as a part of the camp, she was allowed to work on a project titled-Covid 19 and Ecosystem, which required her to use various statistical tools on SkillsBuild to evaluate the impact of the pandemic outbreak across the globe.
Given the confidence that she has developed in the field of tech over the last few months, she hopes to pursue a career in the field of data science.

We believe these stories resonate with the words spoken by G.D. Anderson, Feminism isn’t about making women strong. Women are already strong. It’s about changing the way the world perceives that strength.