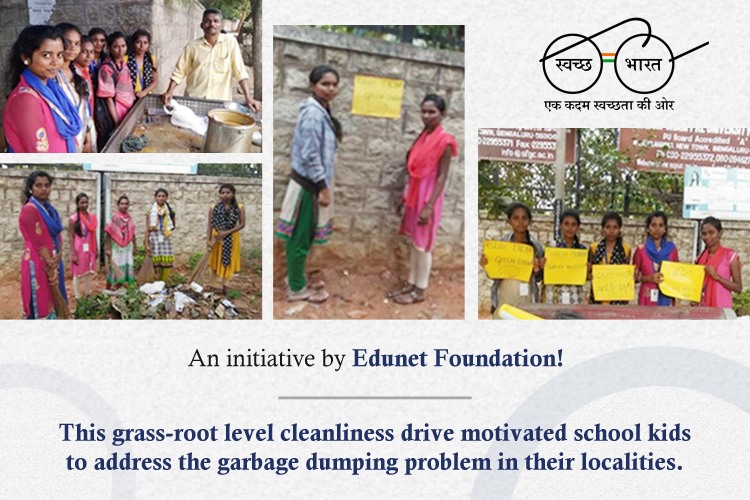 Today we will talk about Anitha S and Pavithra, who became a part of the Skills Accelerator program conducted in schools across the country by the Edunet foundation. The program was able to motivate both the girls from Government PU College, Yelahanka, Bangalore to choose Driving Swachh Bharat as their capstone project, an undertaking that left a lasting impression on their classmates and their community alike.

Awareness and consciousness in local people about disposing of garbage appropriately was found to be low by the girls, even though the accumulation of trash was an inconvenience for everyone equally.

The following were done by the team to promote a clean and functional sustainable environment:

Driven by the Sustainable Development Goals (SDGs), also known as the Global Goals, EDUNET Foundation has been influencing transformations throughout the country. Such is a story of Anitha S and Pavithra, who addressed the garbage dumping problem in their area and implemented the Swachh Bharat Initiative locally.

Rule Keepers to the rescue | A Student initiative